Life expectancy has increased on average by up to 10 or more years of life longer, than during the last century. Consider the serious question: will I outlive my wealth?

We invest in what people buy. By investing in an equity investment fund or stock you indirectly invest in many important consumer needs. Here are a few: 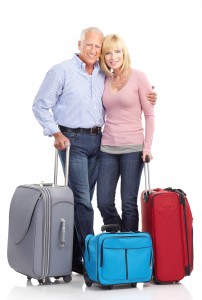 Baby boomers still affect our economy An alternate economic forecasting method informs us that we are affected by demographics. Baby boomers hold the highest average net worth of all living generations. Now retired or near-retirement, they still buy new cars, take expensive trips or buy retirement homes in the southern USA, buy their grandkids toys, use gasoline and consume groceries. They use health care products and eventually retirement homes.

Now, baby boomers are shifting to make financial security their first financial priority We have witnessed an extended period of a rising, bullish markets pre-2007 and post-2008 that compare historically to another boomer generation—a time that we will refer to as the post-war spending era when the spending of the majority of the populace also benefited the economy.

Like the boomers of the Frank Sinatra generation who entered their spending wave post-World War II, the current Beatles generation—many with four or more children, have moved through an incredible spending cycle and now are entering pre-retirement positioning.

Consumerism versus asset accumulation Today’s boomers have finalized the education of the children, become empty nesters, seen grandchildren born, are now building and consolidating large net worths, while considering or entering the period of retirement. 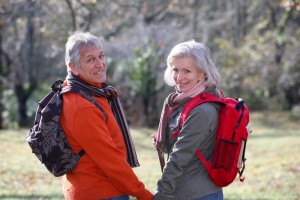 At this time, the largest populace is between age 50 and 60-something. With many new advances in technology, many boomers like Bill Gates or Steve Jobs brought innovation and entrepreneurial skills to business and were among the highest paid in the workforce. They comprised three-quarters of the income-generating labor force. They’ve held power—to spend! Now they hold power to invest and need to have their assets managed well to create a secure income for a lifetime.

An aging Baby Boomer populace must invest for security As seniors look to and enjoy retirement, many have made their final mortgage payment, and some have inherited parental wealth. Now, the baby boomers’ discretionary investing power is immense as is their large population—to the extent they have and still enhance our economy as they spent a lot of money.

Make sure you have a wealth management professional working for you Creating a secure income will be the primary focus. A generation predictably works, saves, and finally spends as they age. The average individual looks for increased quality and spends more money as they approach age 50 and onwards. Baby boomers right now are willing and able to purchase goods and services with momentum which will decrease over the next 5-10 years as they shift from spending to protecting their wealth.

Investing their retirement assets strategically using financial advisors to manage and to protect their money will increasingly take precedence as they become “contented” utilitarian consumers increasingly expect the investment management industry to boom.

The author, Montaigne wrote about his father, who inherited a large estate, yet was very careful to manage his money.

“He was very fortunate in being able to keep his desires down to his means and to be pleased with what he had.”

Call us to set an appointment to learn how to maximize your income for a lifetime of retirement.

How does the Guardian Clause in your will protect children? 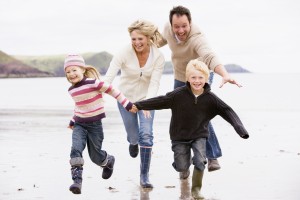 Caring for your priceless assets – your children.

Very few Canadians have a will, fewer have a currently updated will. Without a will, you cannot outline directives regarding your most priceless asset – your children. A will allow you to clarify your selection of a legal guardian for your children. Here are some steps to take in preparing for the transfer of parental responsibility while planning your will with your lawyer.

Choose an individual to be the guardian

The guardian clause is only an interim appointment.

In your will, you can insert a provision that you are appointing someone as your child’s guardian (which most lawyers do). It is important to remember that any such appointment is only good for 90 days as it is an interim appointment only. Therefore, it allows all interested people to get before the court (which makes the final decision about who will be the guardian). Why include the guardianship clause if it is only an interim appointment? Because it is strong evidence of who the parents wanted the guardian to be, though it is not determinative. That is up to the court.

Include these parameters in your will. 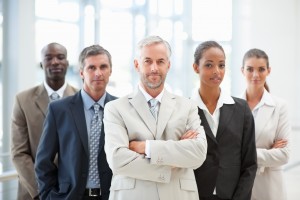 When a co-owner/partner dies, the surviving business owners usually have five options in dealing with the deceased owner’s business interest:

1.   Buy-out the heirs of the partner with Life Insurance proceeds: This is usually the most preferred option. After all, the surviving owners/partners know how to run their business. It usually makes sense to buy out the heirs who are not engaged in or lack expertise in the business and carry on business from there.

3.  Take on an outsider who purchases the deceased’s business interest. A good buy-sell agreement can circumvent the need to have an outsider buy into your business if that arrangement would harm the current business partnership or the business. In some cases an outsider may already have an investment in, have expertise in, or a common business goal with your company that would mutually benefit everyone in the business. In this case, advance planning could allow such an individual to be part of buying side of the buy-sell agreement. The same individual may need to be a beneficiary on the insured lives of all the partners, in tandem with being written into the agreement.

4.  Selling to the heirs may be an option. This may be an option when some of the heirs are involved and successful in the same line of business with primary senior family members of the earlier generation who began your business. In this case the considered heirs, should receive funding from the proceeds of a well-planned fund to cover capital gains taxes, and fund operations, and pay for the owners shares.

5.  Liquidate the business or sell it to a third party. If this is the main goal, it is wise to involve discussions with the potential buyer long before one dies. If the business is large you may need to hire a firm that specializes in valuing and selling businesses. It is wise to estimate your capital gains exposure and cover any tax liabilities, as well as redeem business debts with the proceeds of life insurance which can be paid out tax-free.

In most cases, option #1 offers the business owners the best choice, with a small expenditure to buy life insurance that makes a payment to heirs with the use of a buy-sell agreement.